With only 1 kitchen in 2012 that used to feed 25 kids, Wawira has come a long way with her passion to feed 1 million kids in the next 10 years.

Wawira Ngiru is one of GSBI alumni who participated in GSBI online accelerator in 2017. She is the founder of Food4Education, an enterprise that sources fresh food directly from farmers and uses a central kitchen model to deliver nutritious, heavily subsidized meals to students in urban public primary schools in Kenya. Miller Center for Social Entrepreneurship had a chance to catch up with Wawira for a lunch this past month.

Shortly after completing her education, Wawira struggled to find an answer to one question that lingers in many budding entrepreneurs’ minds; Is entrepreneurship a right path for me? She received her higher education from the University of South Australia where she nurtured a passion to become a nutritionist. After graduation in 2014, Wawira returned to her home country Kenya and started Food4Education with just one kitchen that fed 25 kids. In 2016, Wawira received her first grant, started managing Food4Education full-time and hasn’t looked back since. In 2018, she managed to serve 250,000 meals in total.

Wawira’s Vision for a Better Kenya

While growing up in Ruiru, Wawira witnessed the rampant education and health problems firsthand and saw many kids who did not have access to healthy meals, let alone regular meals. As a result, many kids stopped going to school and begged on the street as an alternative means to access food. Even those who did have access to meals scored low in exams and later had very fewer opportunities in life. She started Food4Education to feed those very kids healthy and nutritious meals so they could concentrate in class and excel in life overall. Her initial target was to feed 25 kids at Ruiru Primary School and then expand to other schools.

The Process to provide a meal at a subsidized cost 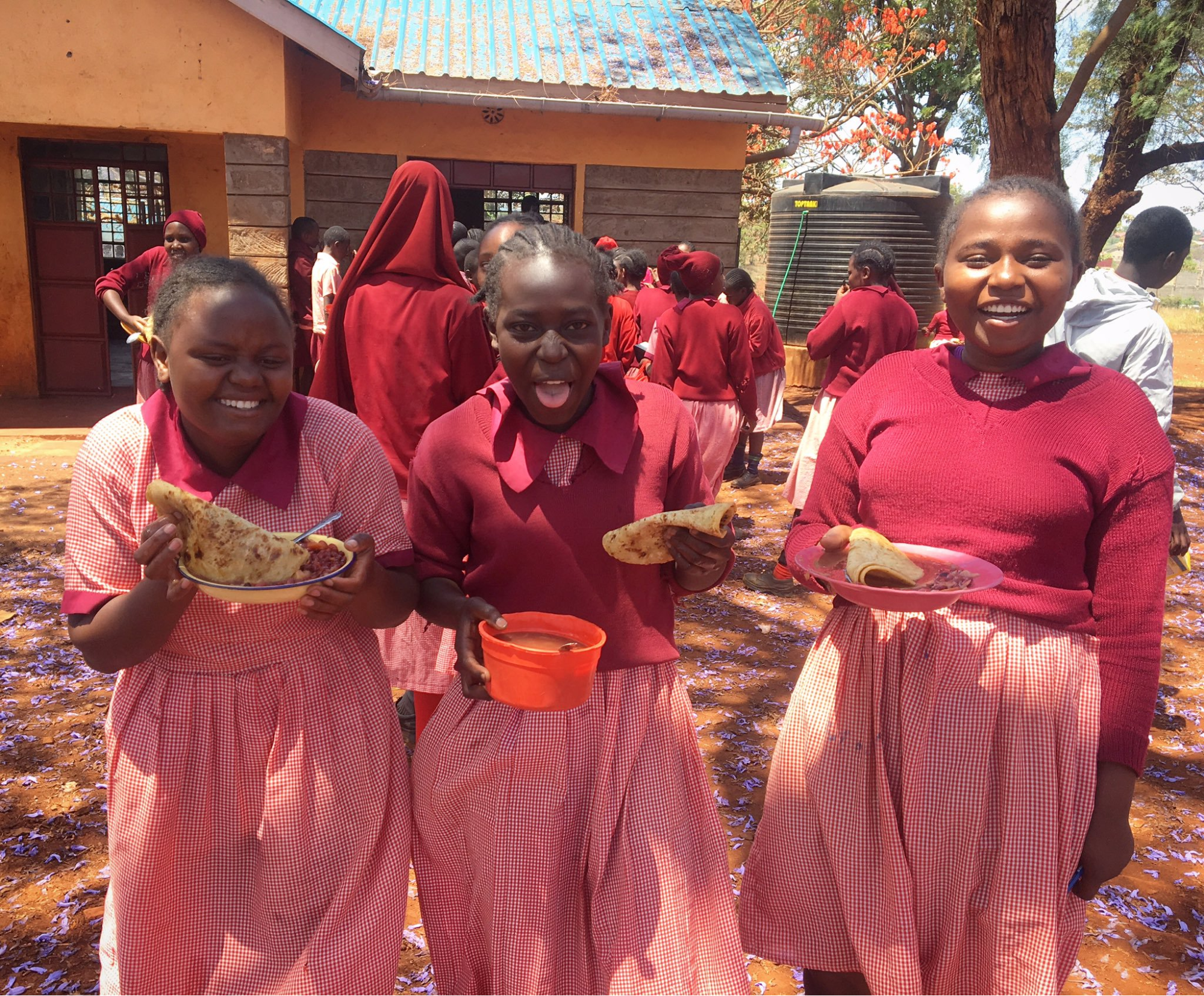 Students with lunch from Food4Education

Wawira first consulted with pastors, chefs, and school principals to identify the roots cause of this systemic problem in order to identify how to keep kids in school. Her team found a simple process to make it easier for kids to get healthy and nutritious meals. Her team sources fresh, raw, ingredients including vegetables and fruits directly from farmers and uses their own central kitchen to make meals for kids that are healthy and are served at a subsidized cost. All ingredients used in the meals are locally grown which makes it cost-effective for her team and the farmers.

Food4Education was initiated in 2012 and ran a successful pilot program to feed 100 children. With little or no support from government institutions, the organization still managed to achieve their goal in 2014. The schools showed an improvement in attendance ratio by 96% as compared to the national average of 87%. During that time, 100% of the students who purchased meals from Food4Education also scored 250/500 marks in KCPE compared to 49.1% nationally.

Payment and Adaption of Technology

A recent development in Food4Education was the adaption of an NFC payment system, #Tap2Eat, to log the payments of purchased meals. A small smartwatch gadget was given to the kids to use as payment for meals without the involvement of cash. Parents pay for subsidized lunches through MPESA and the amount is automatically credited to a digital wallet linked to an NFC smartwatch and students just TAP TO EAT in less than 5 seconds.

According to Wawira, the adaptation of technology and convincing the parents to use the bands instead of cash has been a challenge. Her team is still testing the method by providing training to parents and kids in order to make them comfortable with the new payment technology. The payment system will be another milestone for Food4Education in making meals accessible and easy for all kids in Kenya.

“After coming to GSBI, I learned the methods and language of Silicon Valley which I wouldn’t have learned otherwise”, said Wawira Ngiru. The GSBI Accelerator program helps the organizations with their business potential and equips them with the necessary resources and tools that they can use to run their business successfully. According to Wawira, it was GSBI that taught her not to underestimate her business potential and made her reconsider her justifiable ask. “Before GSBI, I was underestimating our justifiable ask. The mentors helped us look at the bigger picture and made us reconsider our pre-conceived notions about the investment world” Said, Wawira. 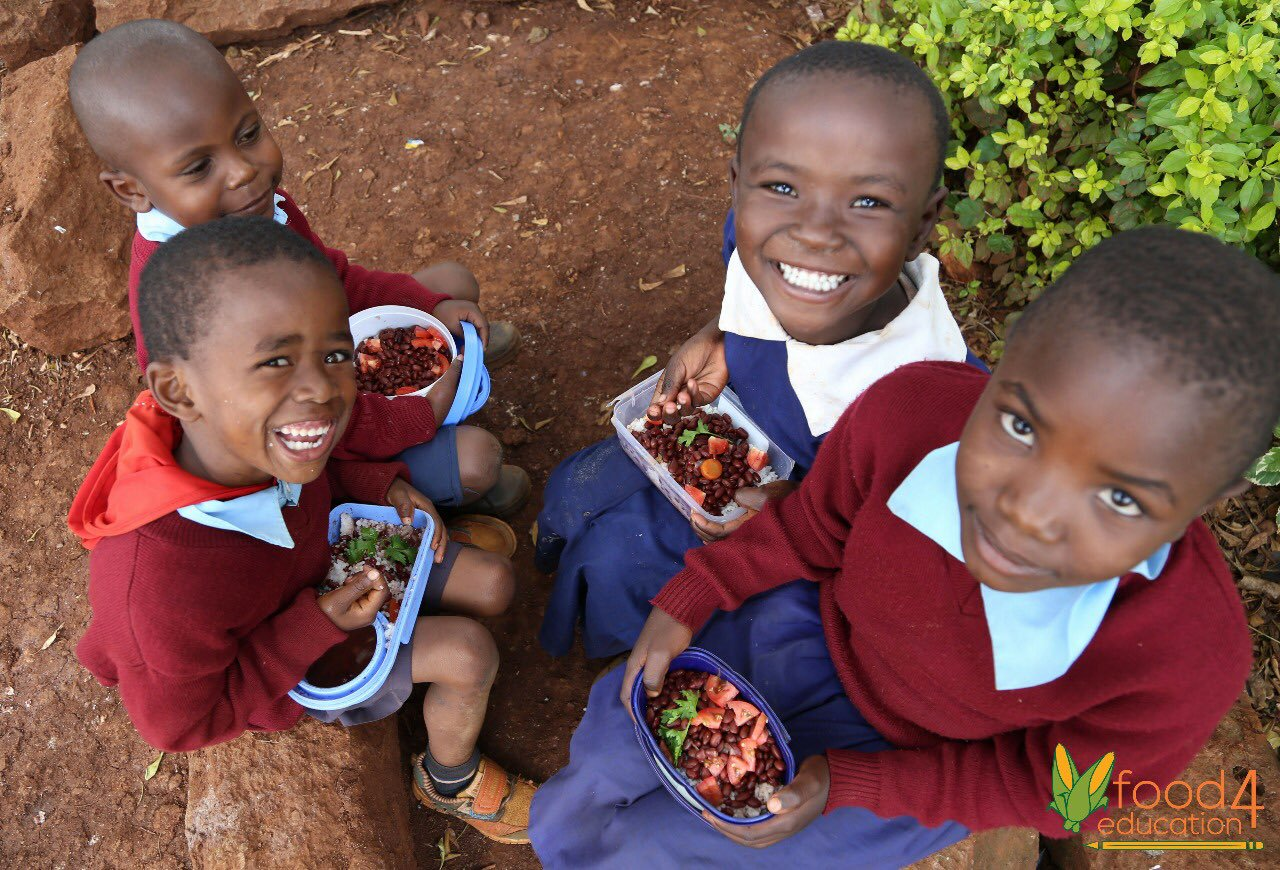 Students with lunch from Food4Education

Like every other entrepreneur, it wasn’t just all success for Wawira. During her entrepreneurial journey, she faced countless “No’s” before that one “Yes.” According to her, she had a hard time convincing people with her idea and passion. Due to her age and young look, she faced countless rejections and was labeled as someone who is just doing it as a passion project and not involved in it seriously.

In the end… Persistence is the key

When asked about her secret sauce of success, Wawira mentioned “persistence”. According to her, the path of entrepreneurship is easy to walk on but it is really difficult to stay there. The one who stays persistent wins the race. “I still doubt my decision every day. I still think I should leave everything and do a corporate job that pays well. The feeling doesn’t go but I promise myself each day to stay persistent and stick to the mission I started”.

Wawira hopes to see a world where children don’t miss school because they are hungry or because they cannot afford healthy meals. With Food4Education, she wants a future which is open and inclusive to the needs of all vulnerable communities in Kenya and beyond.